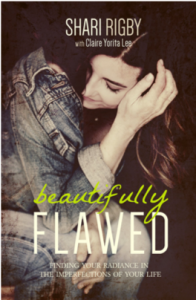 Be careful what you pray for, you might actually receive it. Dreams do come true and prayers do get answered…But they just might not look like what you imagined…

Beautifully Flawed begins in Hollywood where all things beautiful come to pursue a dream, believing, “Anything is possible.” Walking by faith, Shari and her family anxiously arrive in Hollywood to start over. Shari aspires to become the leading lady she’s imagined being since she was a little girl, however, according to everyone, she is too old and her past is too messy for her to ever become a star.

Who knows, only He knows…

Not long after arriving in Hollywood, Shari starts seeing she’s there for something much more important than herself. When everything looks hopeless, Shari receives a movie role about one of the most heated topics – abortion. Frustrated and unsure of “why this role,” she is given a vision of what’s to come… But first, she has to say yes.

You might ask, why me? Why my story? I guess it’s because I said yes to sharing it. ~ Shari Rigby

Soon Shari discovers that saying “yes” means opening doors to her shameful past, one linked to murder, addiction, and abuse, sharing secrets she’s never shared with anyone. Taking us back to her childhood in North Dakota in the 1970’s, Shari lives in a fantasy world, desperately wanting to be the leading lady she sees in the movies. Riding her bike all over her Cooperstown, Shari grows up in a picture perfect family, her father is the Sheriff of the town, while her mother stays home with the children. From the outside, Shari’s world seems idealistic and safe, but behind closed doors everything is different. 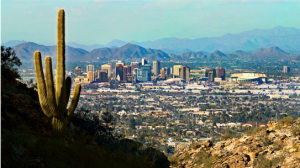 To me, being grown-up meant smoking cigarettes, drinking cocktails and dressing up in high heels and glamorous outfits. ~ Lorna Luft

Moving on to the concrete jungle of Phoenix, it isn’t just the pace of life picking up, but Shari finds herself growing up fast. In the 1980’s, a time when MTV rules the world, turning virtually unknown musicians into rock stars and beautiful women into supermodels, teenage Shari dreams of living the cover girl lifestyle, captivated by acid-washed jeans, bold blue eyeshadow and men with hair as long as hers, rocking just as much black eyeliner. A 14-year old pretending to be an adult, Shari finds herself wrapped up in drugs and rock n’ roll, but her big city dreams go up in cigarette smoke as she finds herself married and pregnant by 16. 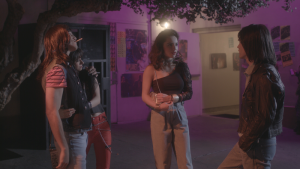 I’d rather leave my past in the past…

In the 1990s, with the introduction of cable television and the world wide web, along with pagers and personal computers becoming more prevalent, the world seems smaller, with communication so much easier. But what isn’t easier is Shari’s love life, and grunge seems to describe the men she dates rather than the popular type of music. Shari has it all together, at least in appearance, but when everyone is captivated by the O.J. Simpson trial, Shari must deal with a murder trial of her own. It isn’t on television, but the impact on Shari’s life is just as devastating, forcing her to face the past she thought she had left far behind.

Everyone has a story, and every story has a beginning… 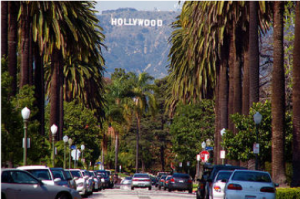 Weaving through the past and present of Shari’s life, she speaks to an audience, telling her story through compelling flashbacks, as she builds relationships, experiences hardship, figures out who she really is and what she’s here to do. She never imagined her life would turn out like this, but she knows it’s all for a reason. Her dreams are finally coming true, they just don’t look like what she imagined